Welcome everyone to the first Patch of Season 3.

Let's start with our skilling updates.

You can now show off your amazing basement skills on your own construction island.
You may now destroy sand blocks that are not next to water blocks. 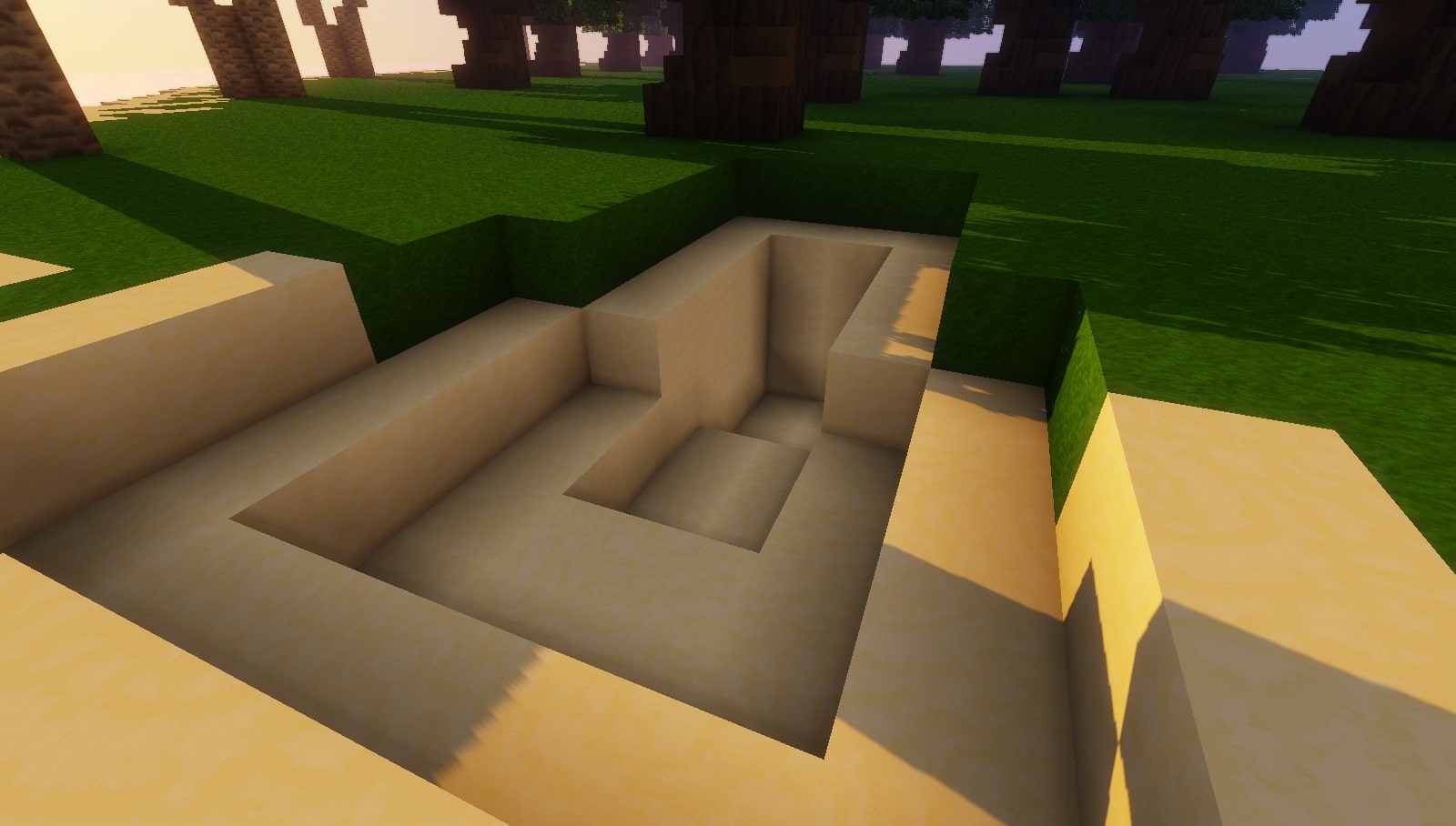 A special shoutout to Stef who has been putting a lot of work on his island: 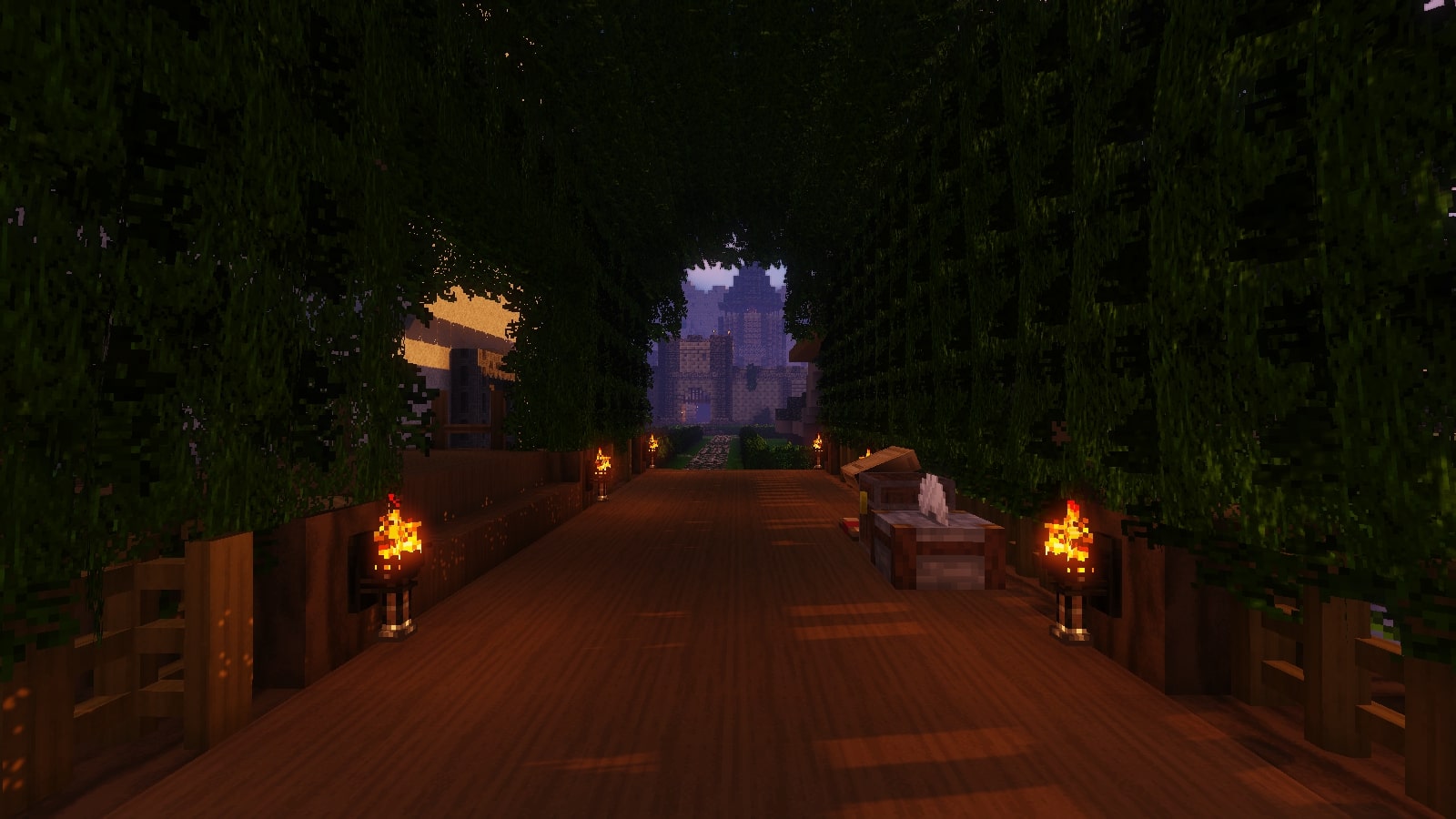 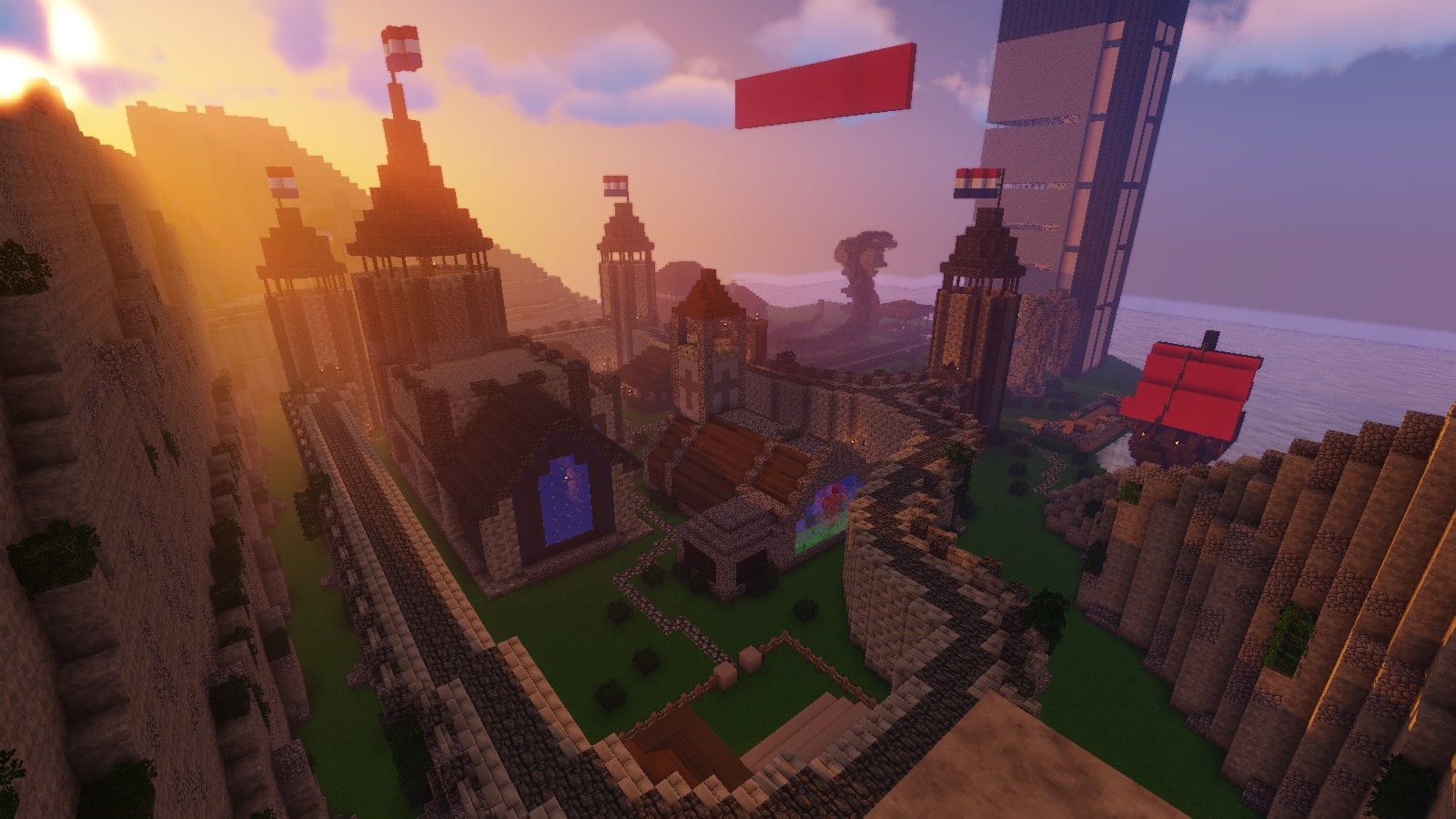 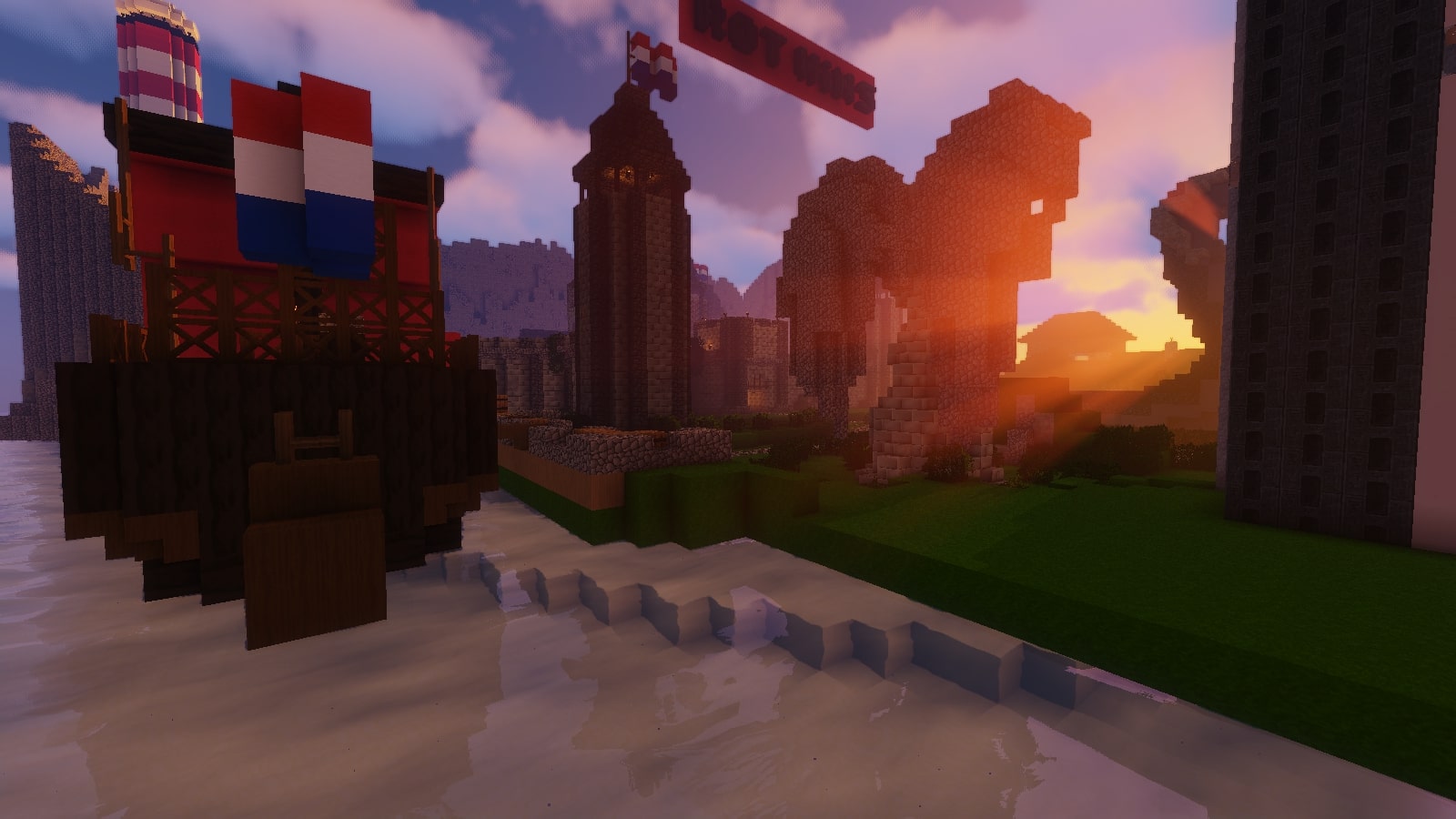 Exploration is a Minescape exclusive skill. We're slowly bringing more uses to the skill. This update comes with Exploration Lodestones.
You may now set your spawn point by spending some gold pieces at various locations: 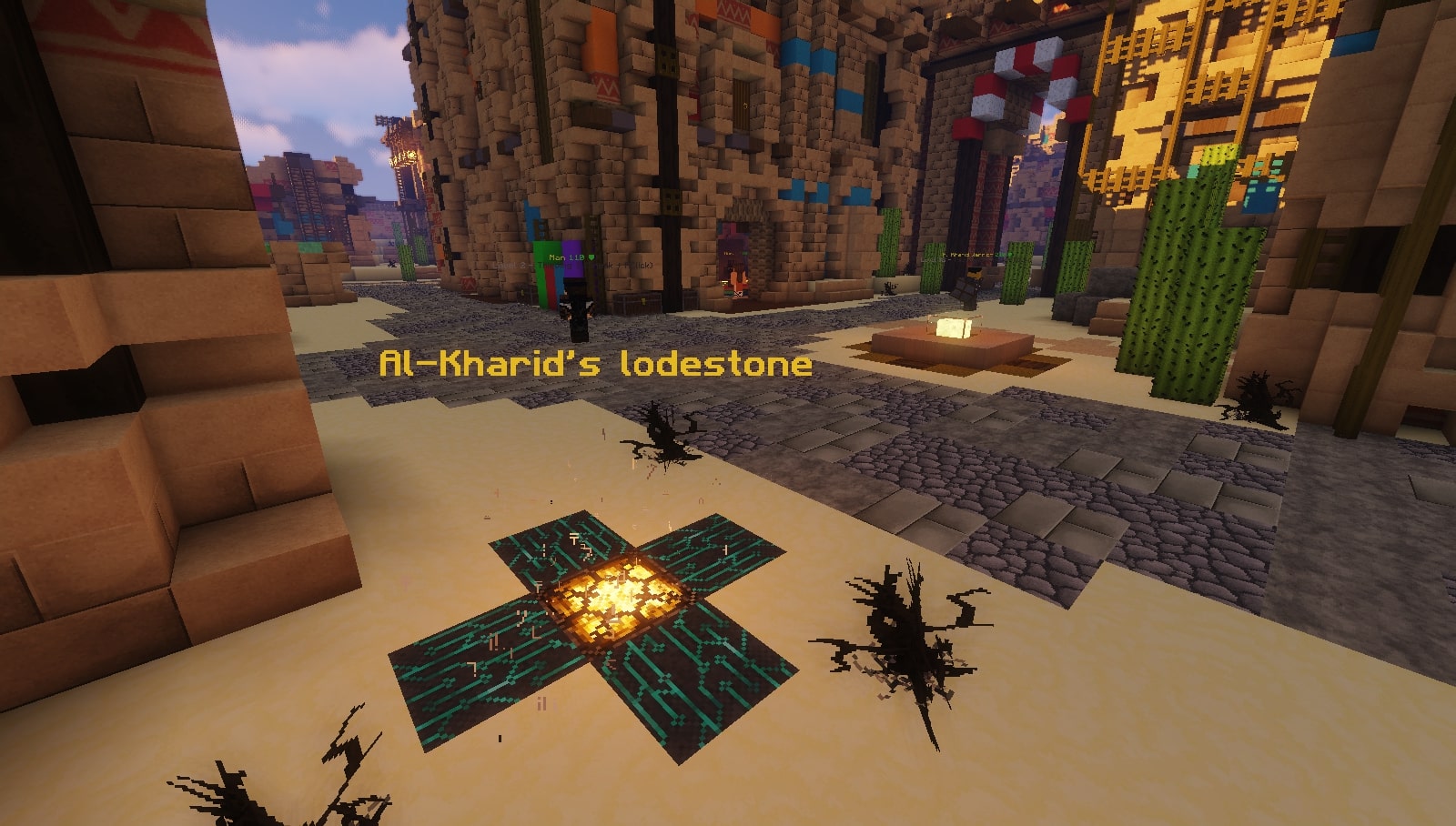 We've added a new Slayer master: Turael!
Turael can be found at various location on the map such as: Lumbridge, Al-Kharid, Port-Sarim, Burgh de Rott and Burthorpe...
He will assign you non slayer exclusive monsters spread around the map. 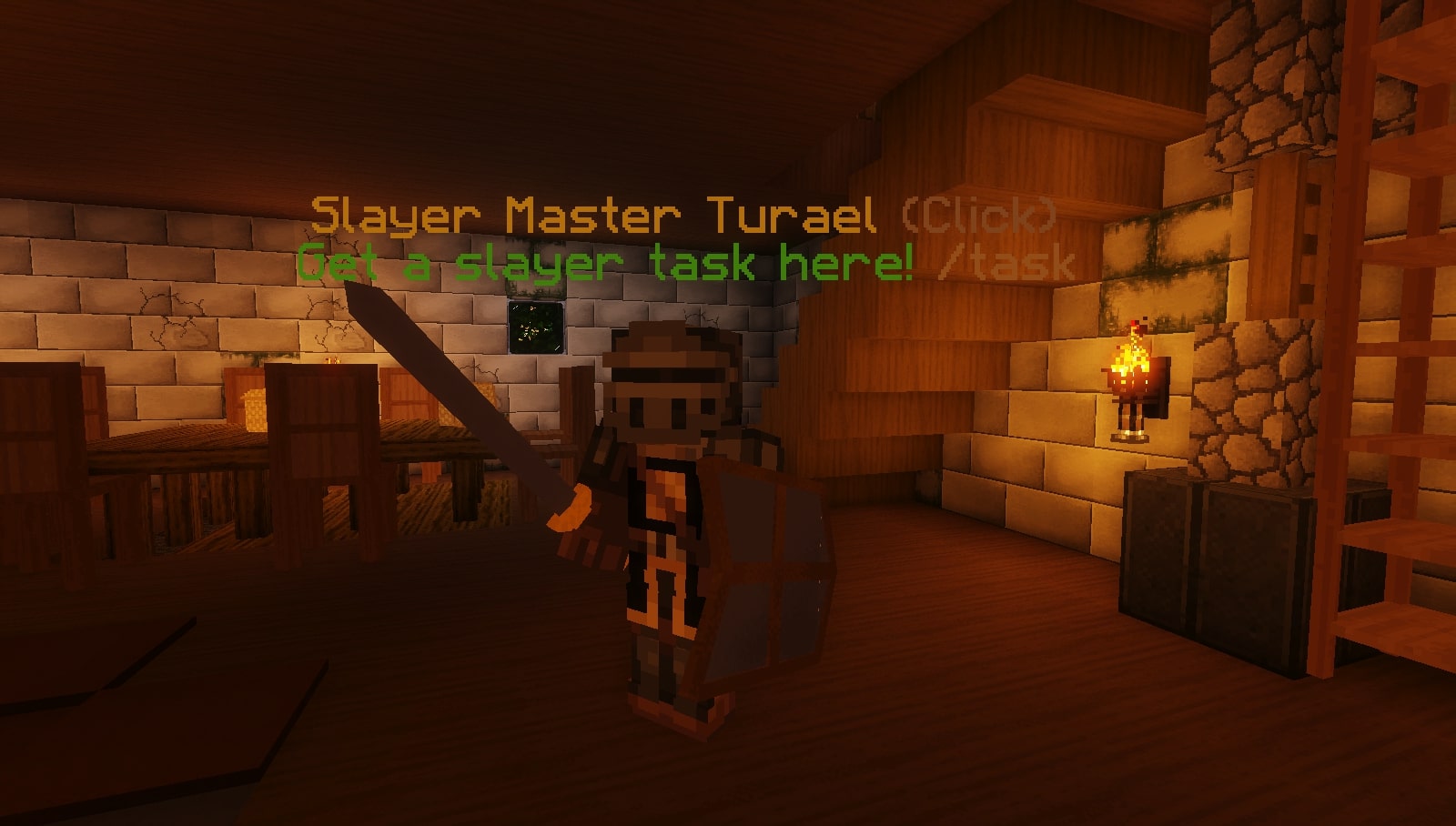 This update brings more light to social aspects of the game.

A friend system has been added. 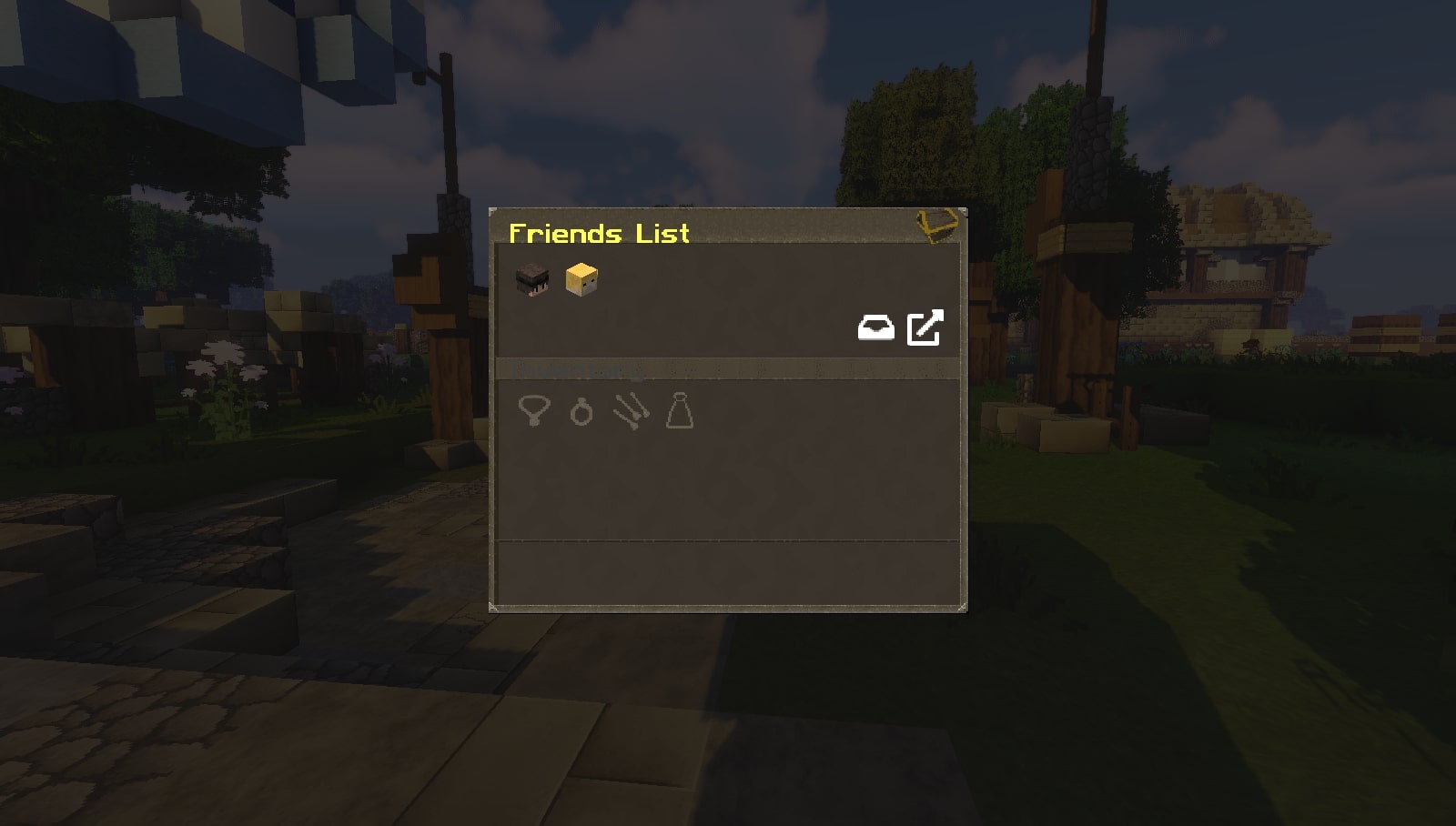 You can now add and manage your friends on the GamesLabs network.
You will also be able to see your friends stats in a future update.

A party system has been implemented! 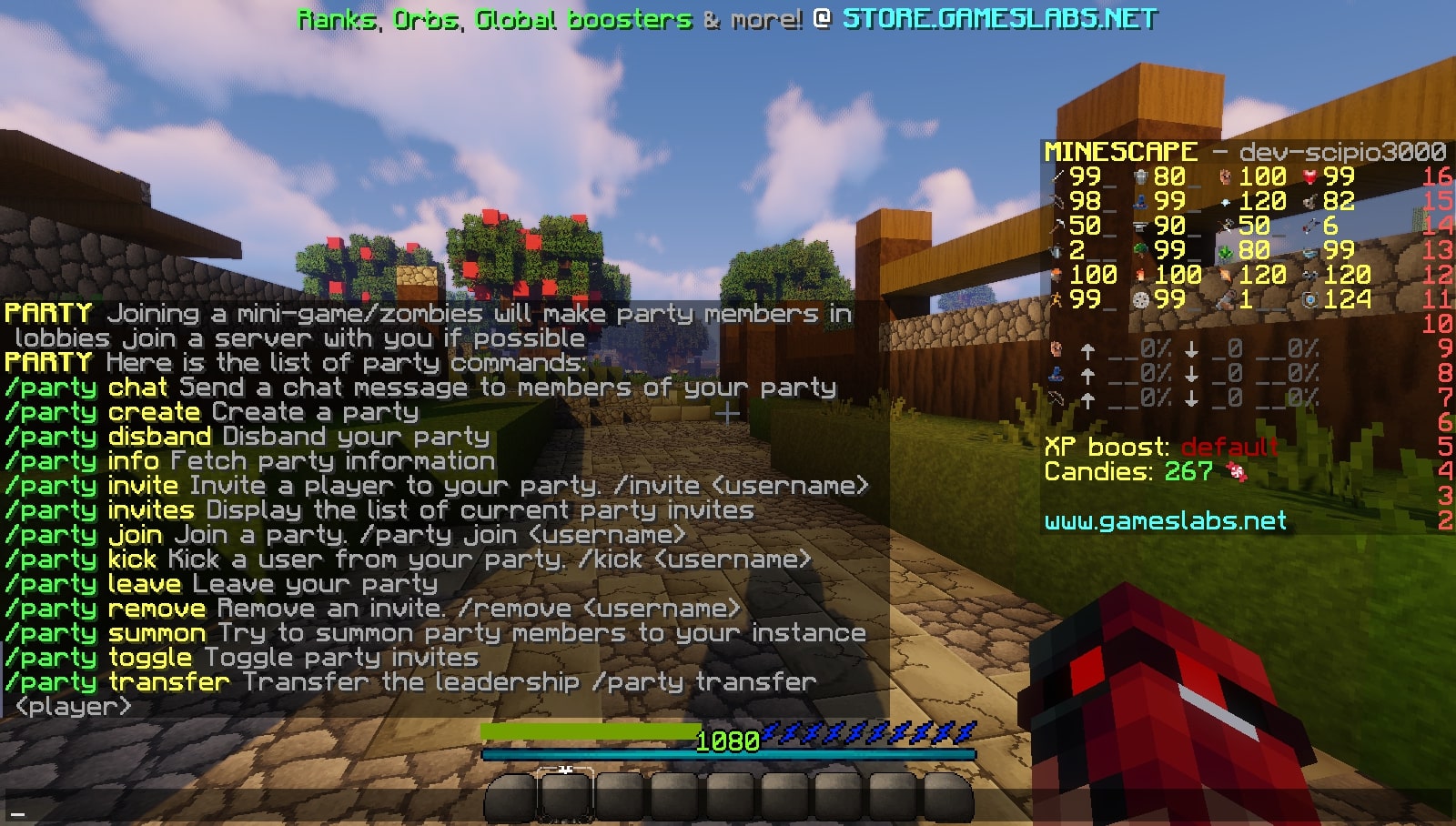 You can invite up to five members and join mini-games with them.
You may also chat with your party members.

We've upgraded our instanced boss system to allow for party boss fights.
You can now enter an instanced fight with your party members if they're near you and on the same instance. 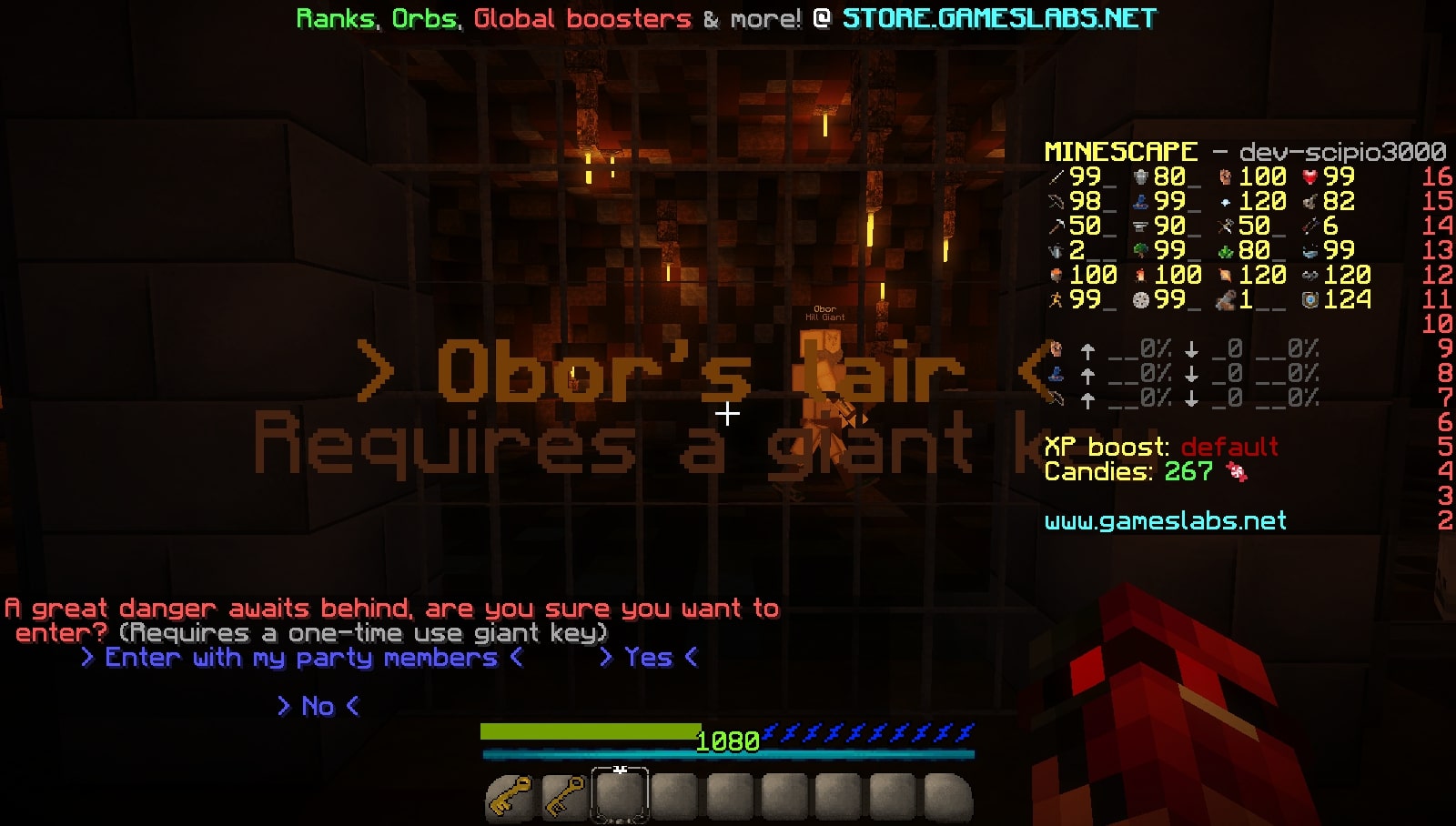 Bosses have a bit more health when fought with party members. The loot is shared with all the party members that joined the fight.
This party boss fight system is not available in Ironman mode. 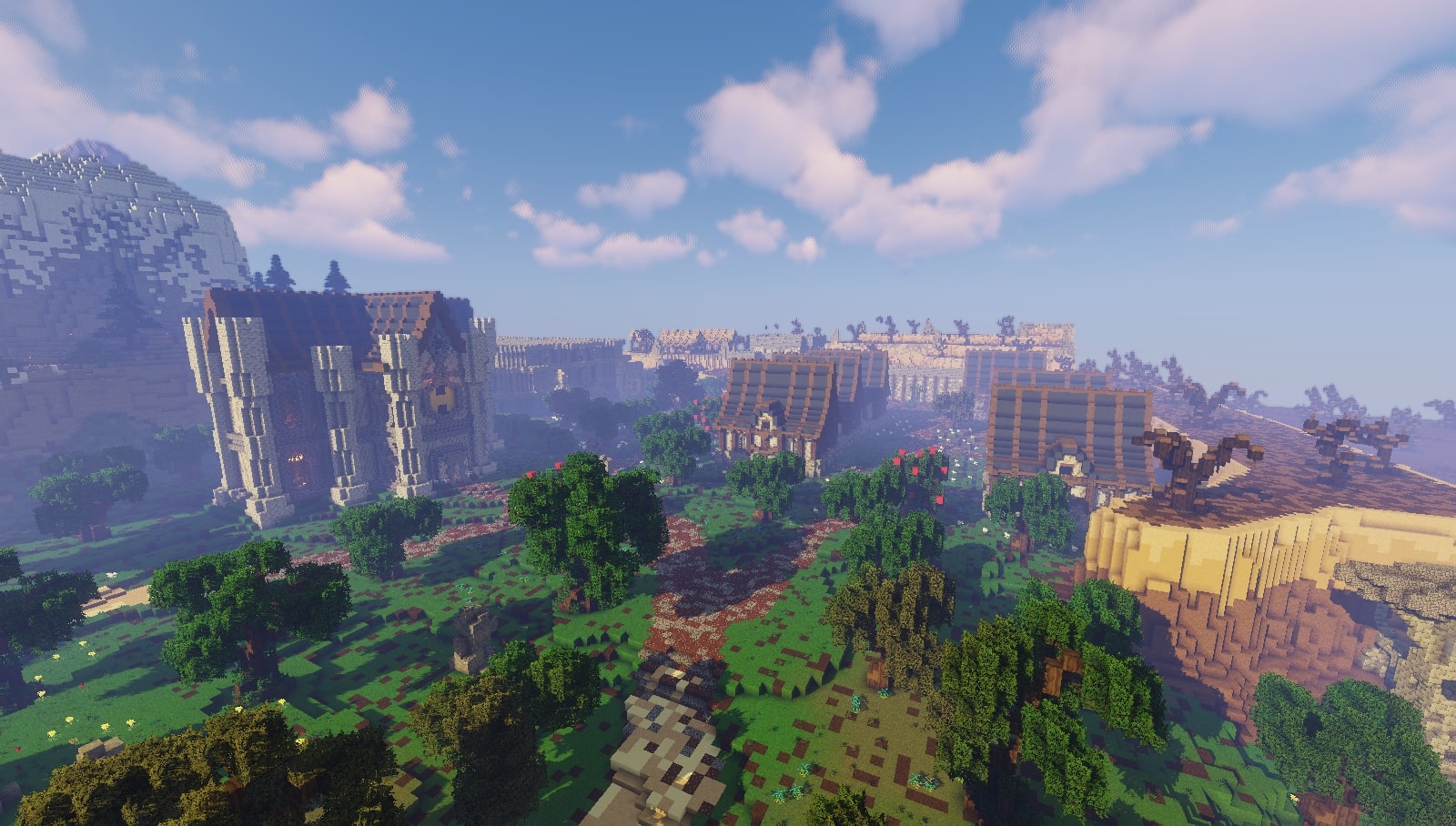 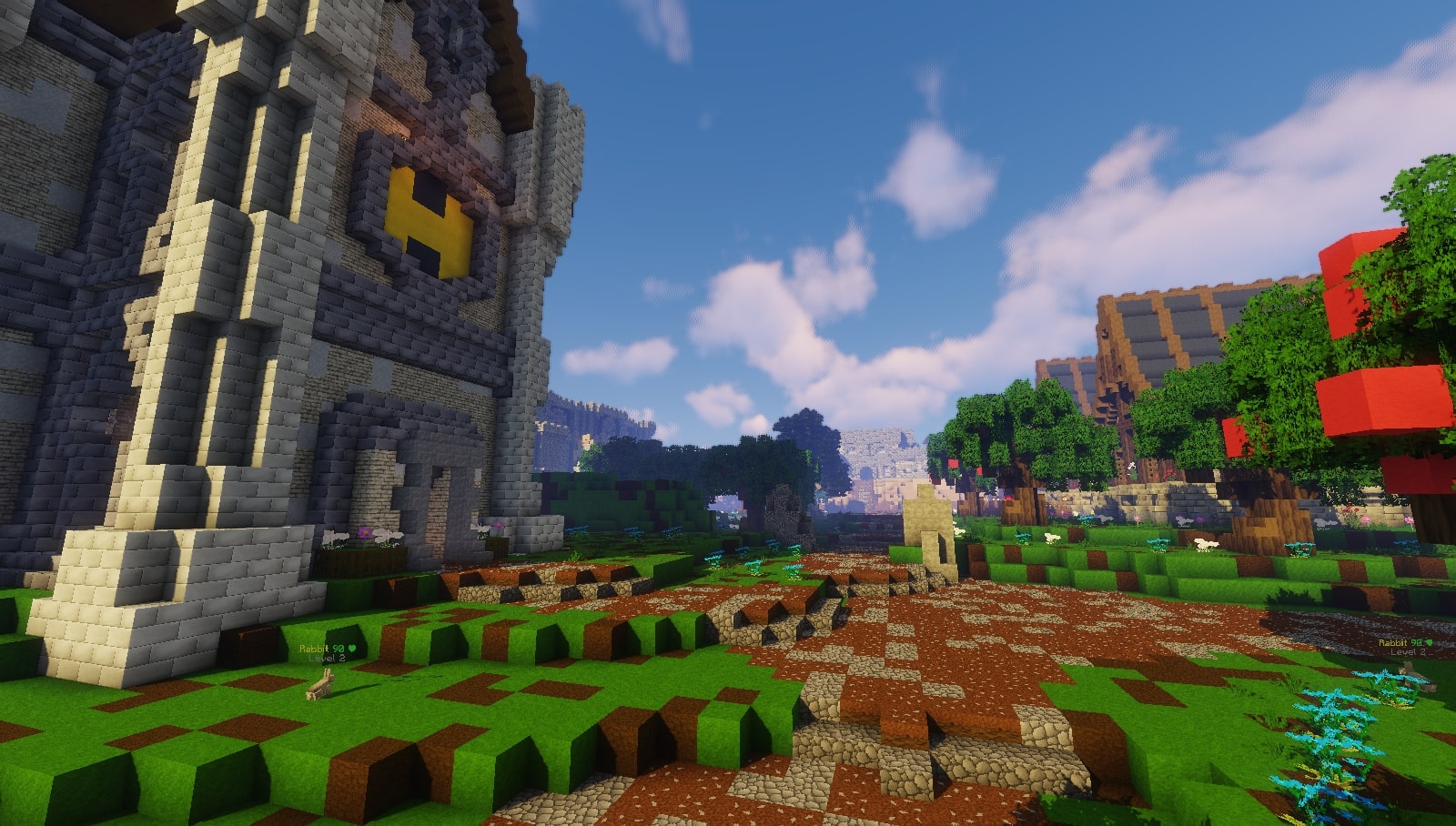 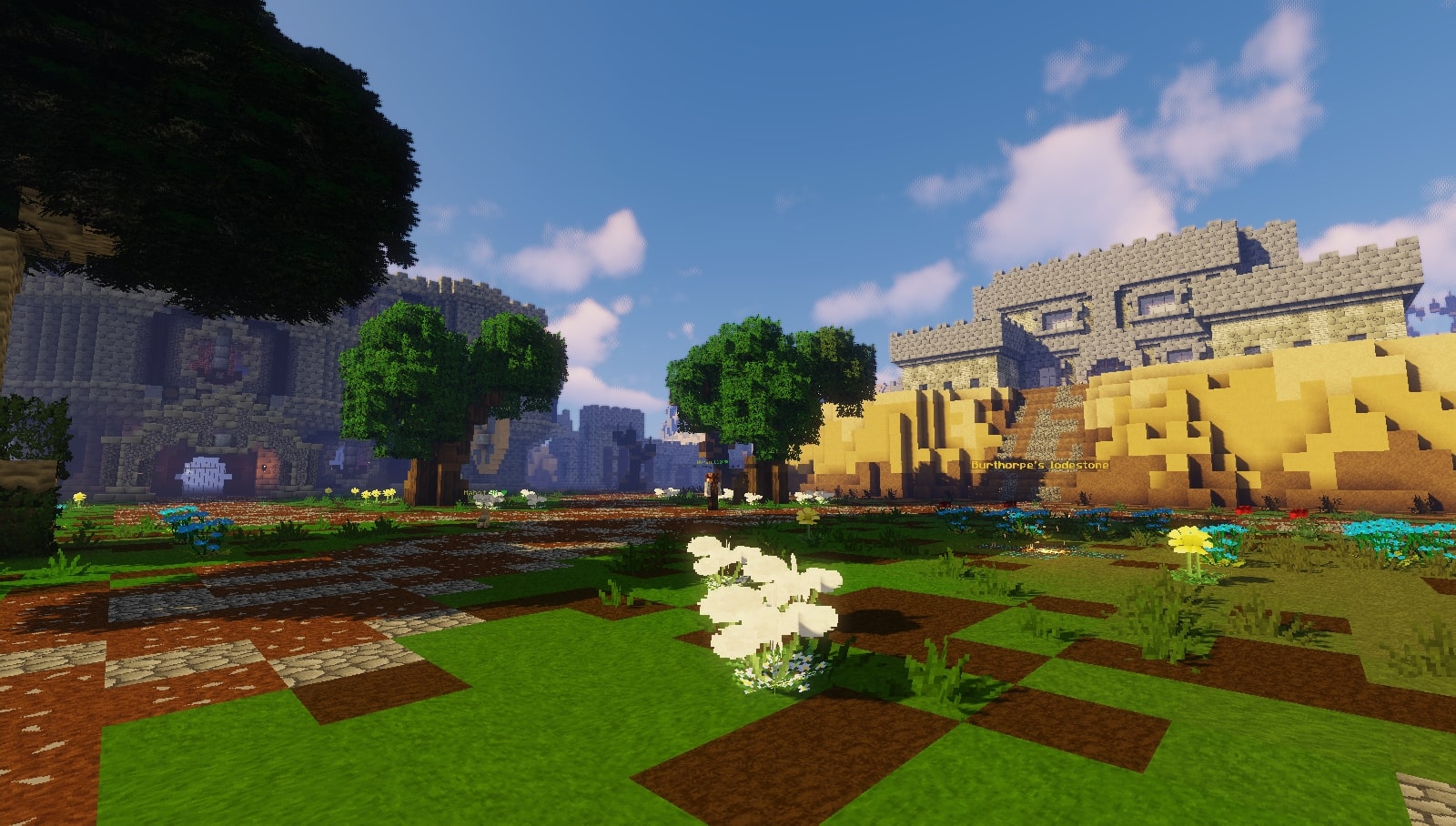 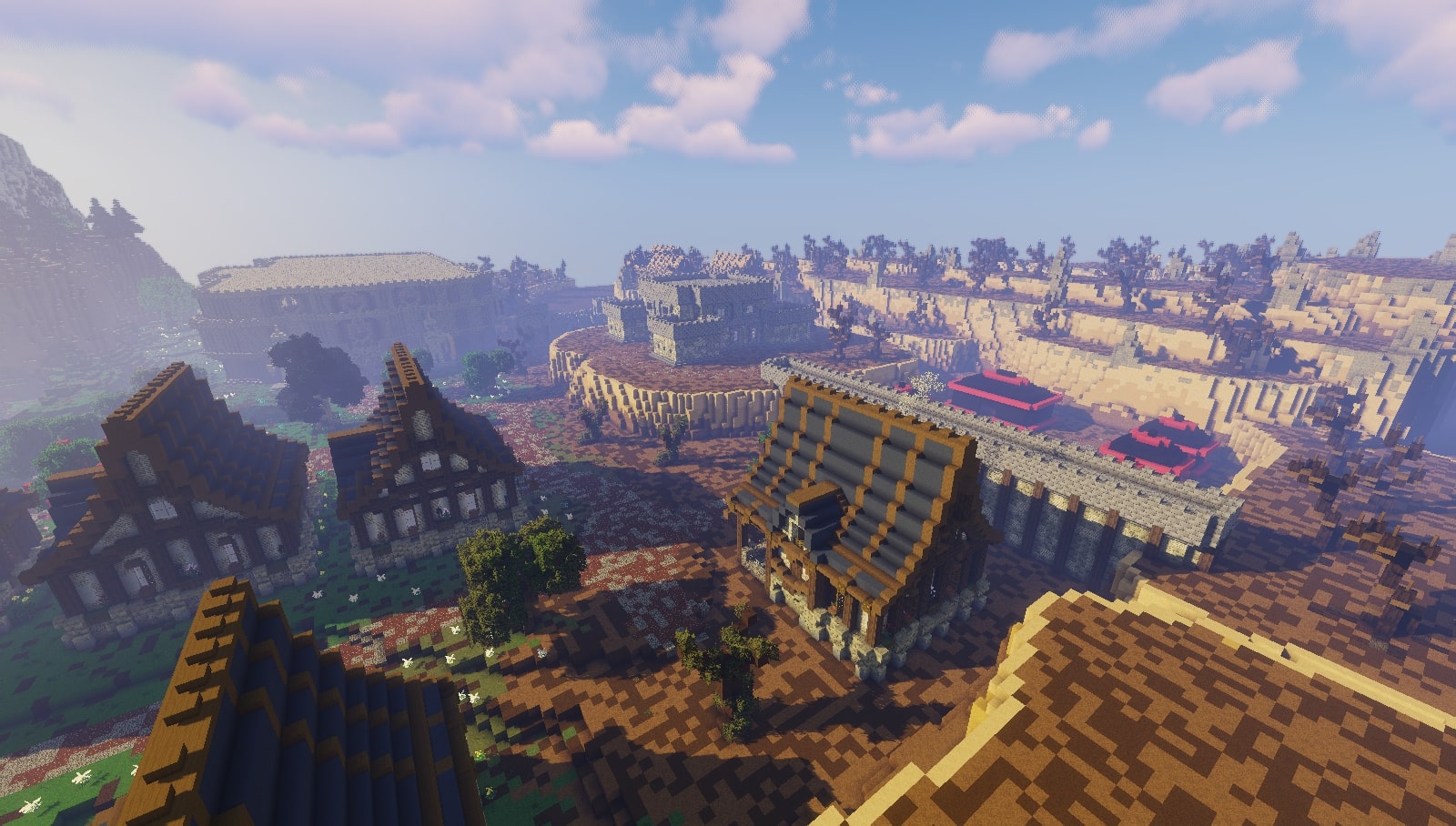 Trollheim is currently blocked, and we moved the corrupted black dragon to the north of the slayer tower.
Burthorpe contains a smith, a general store, some smokers, a brewing stand, and an exploration lodestone.

A cellar has been added to the Warrior's Guild. 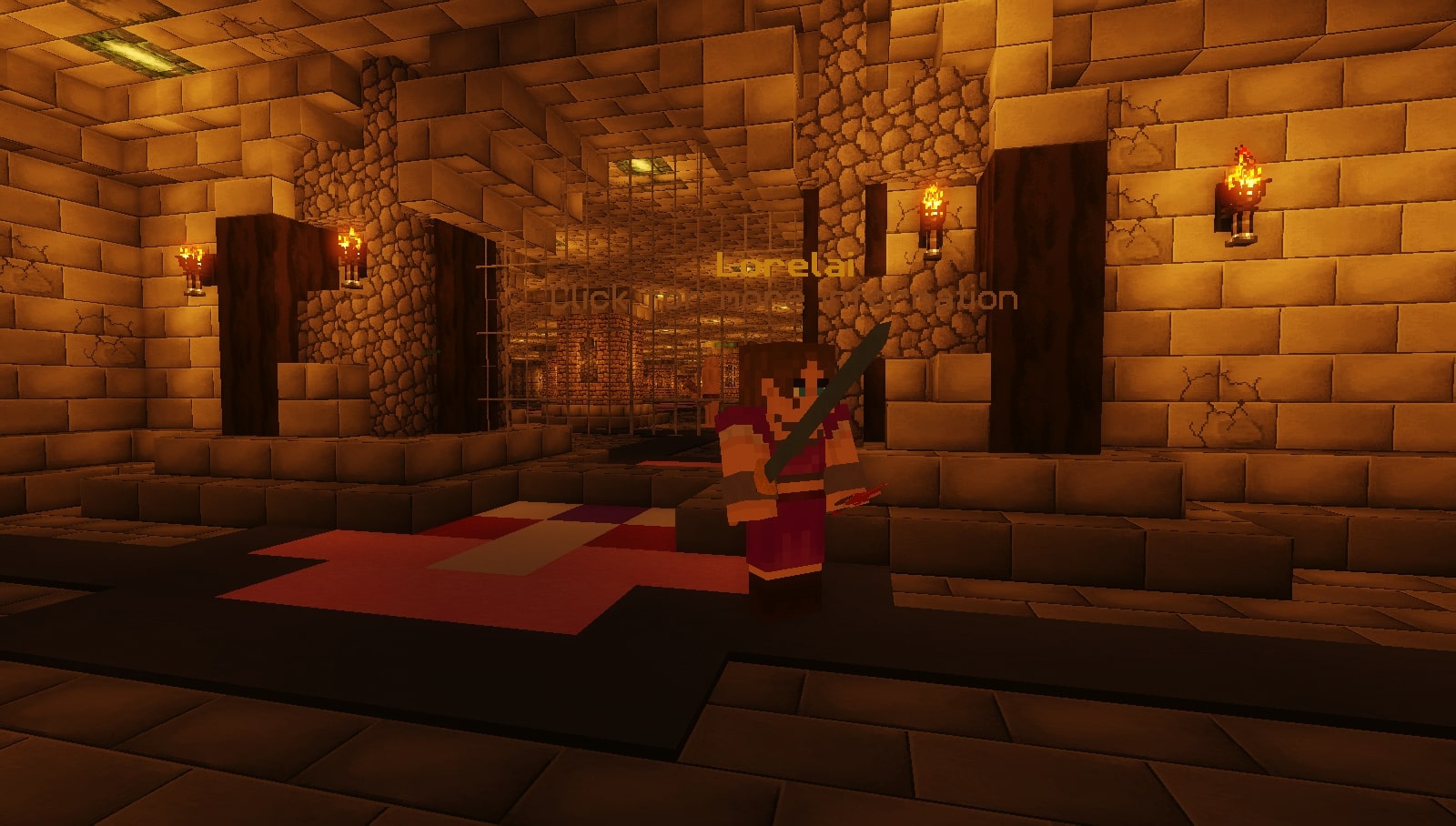 Talk to Lorelai with a rune defender to access the high level Cyclop room to grind your dragon defender!

The dragon defender provides a 8% melee damage buffer as well as armor points.
It is unlocked at level 60 attack and defence. 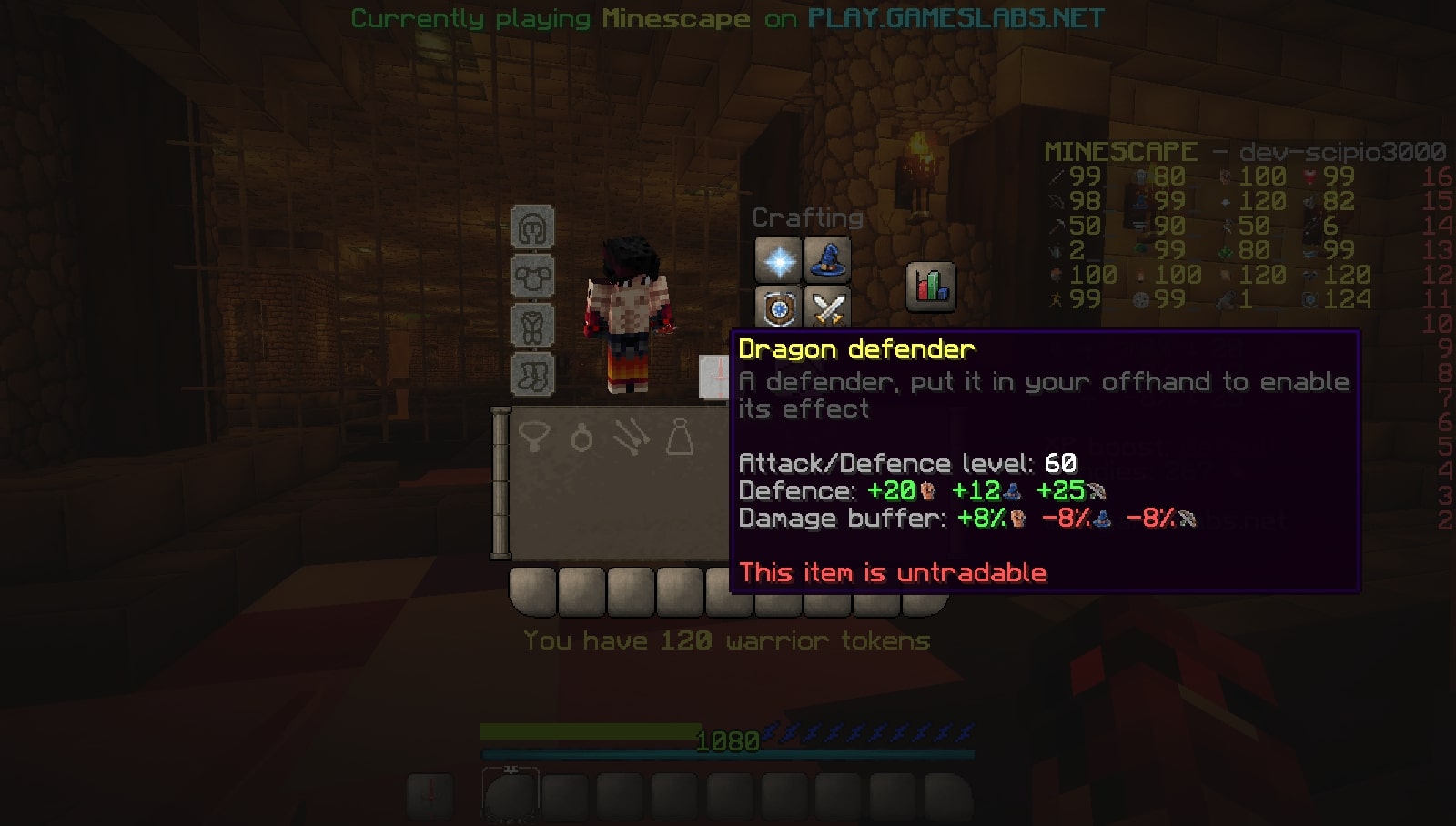 We've opened the gate to the desert and you may start its exploration!
The desert has been released partially with the Kalphite Cave. 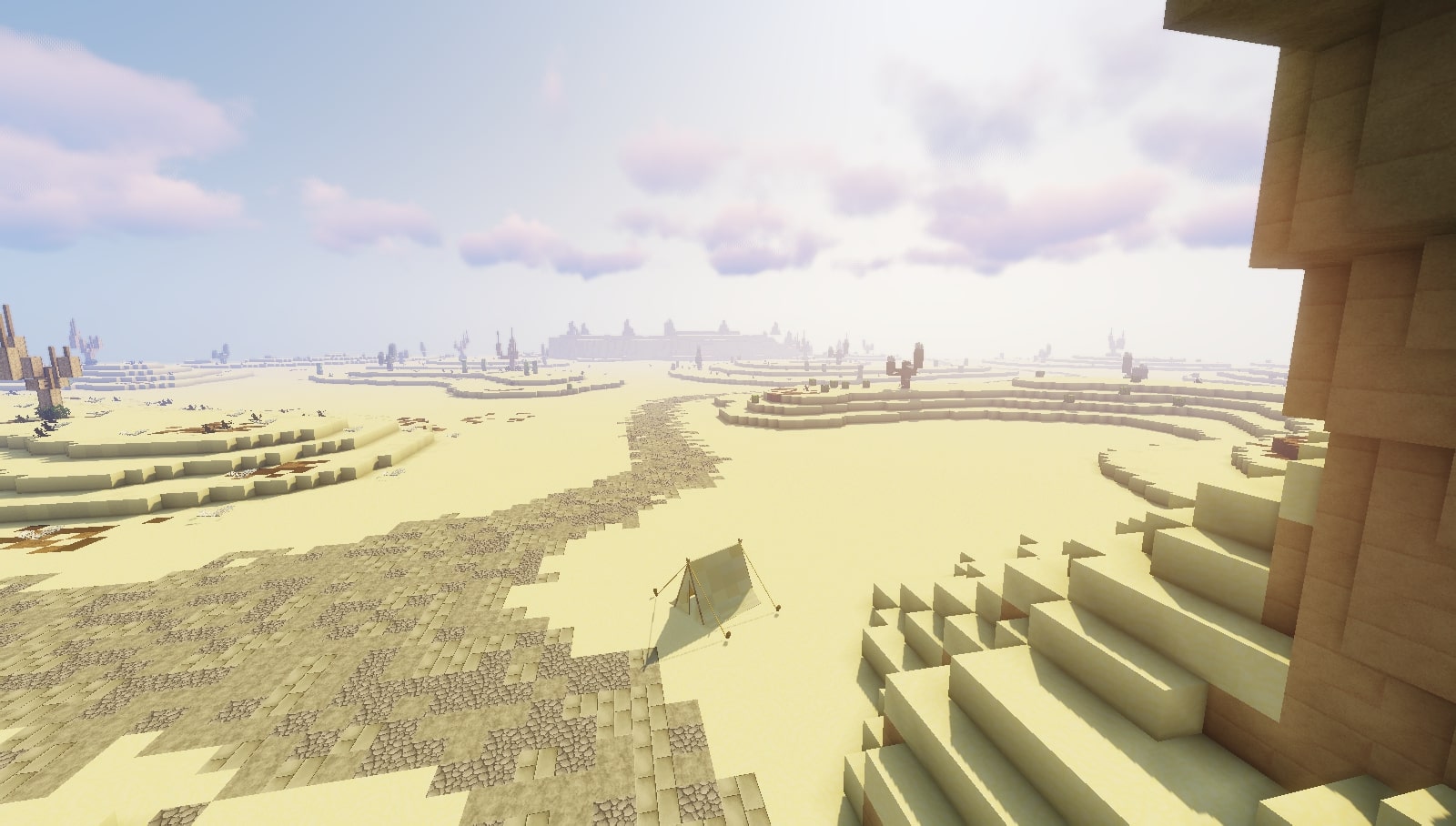 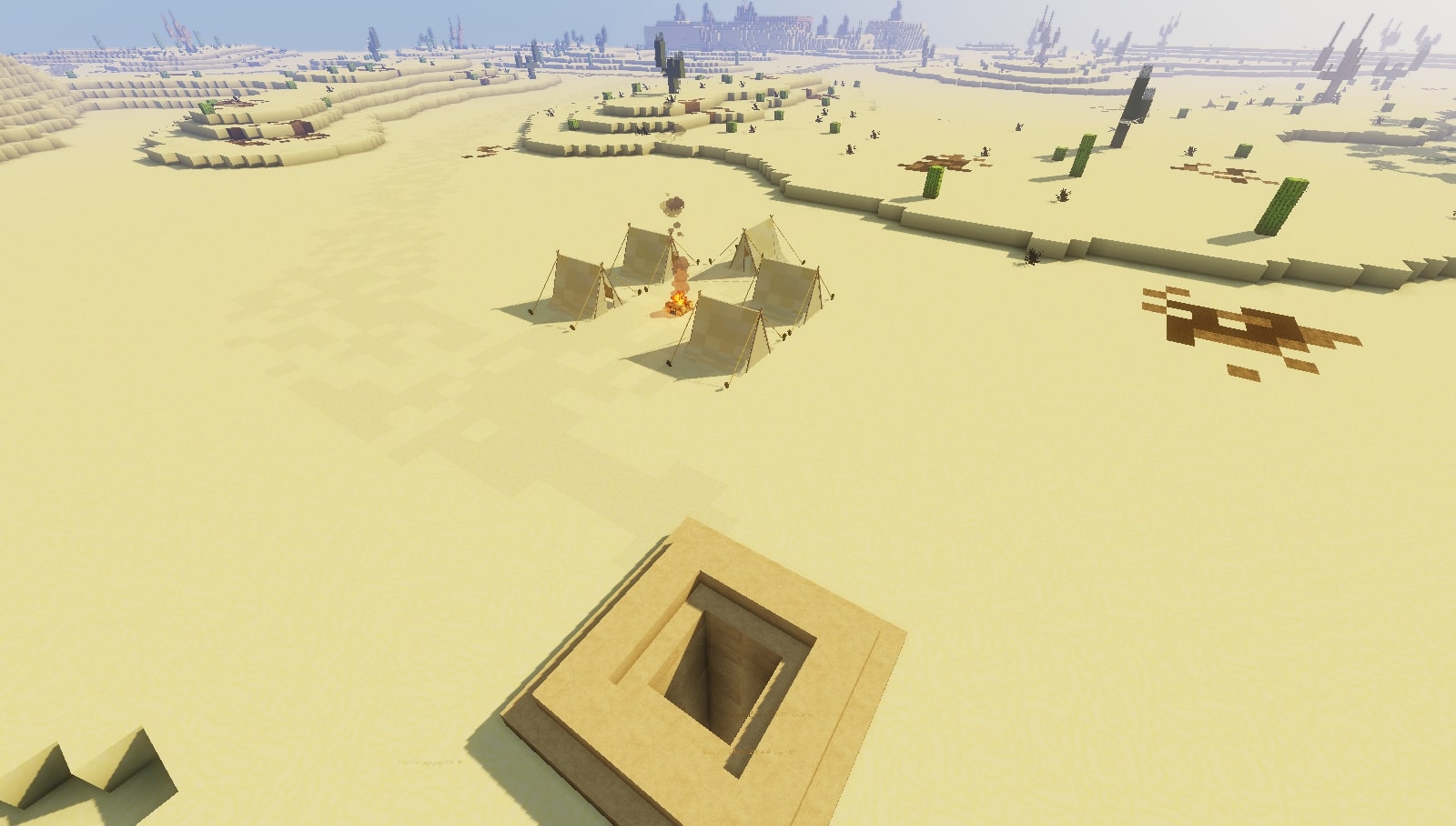 The Kalphite cave hosts a very dangerous boss and its followers. 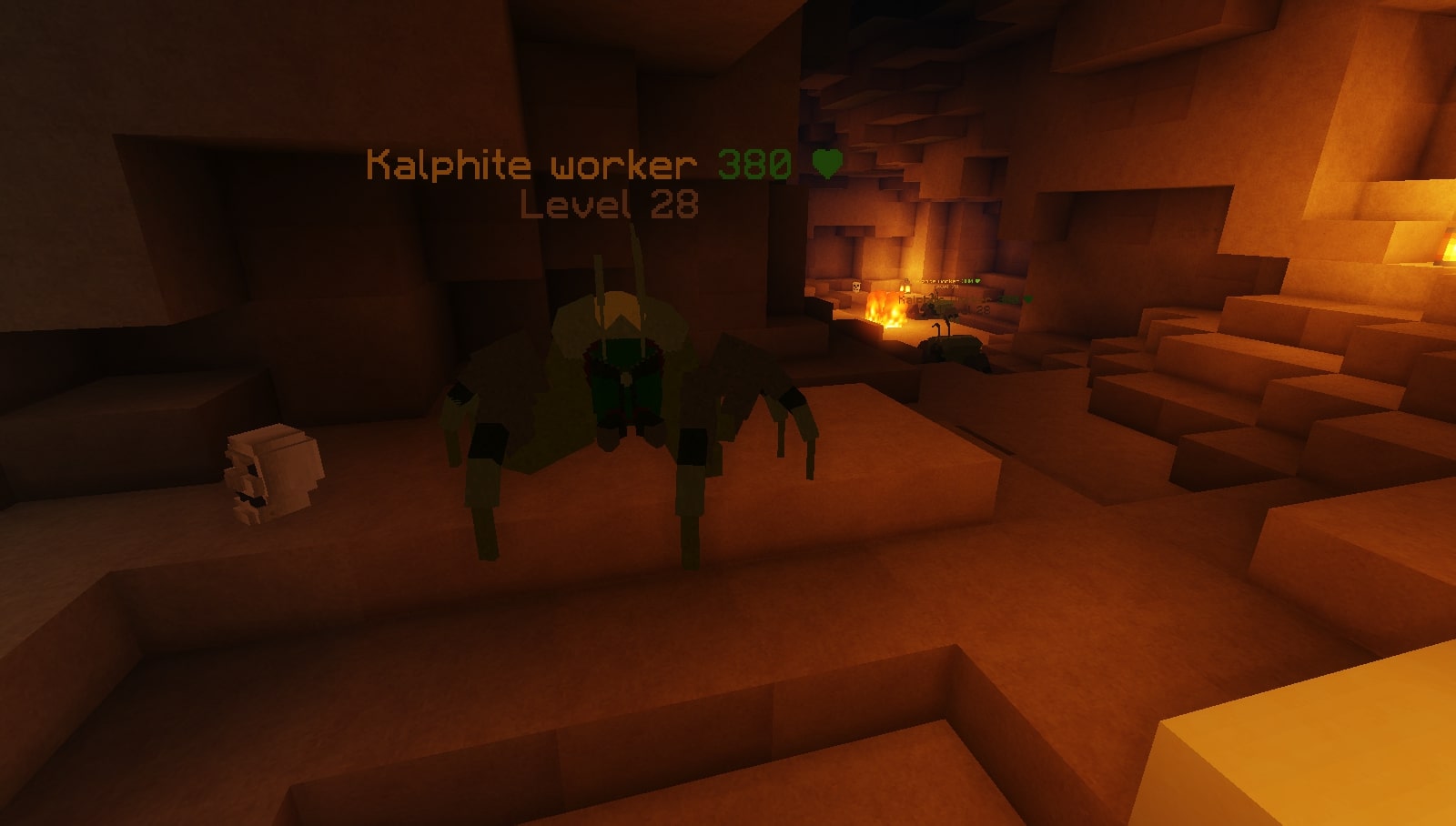 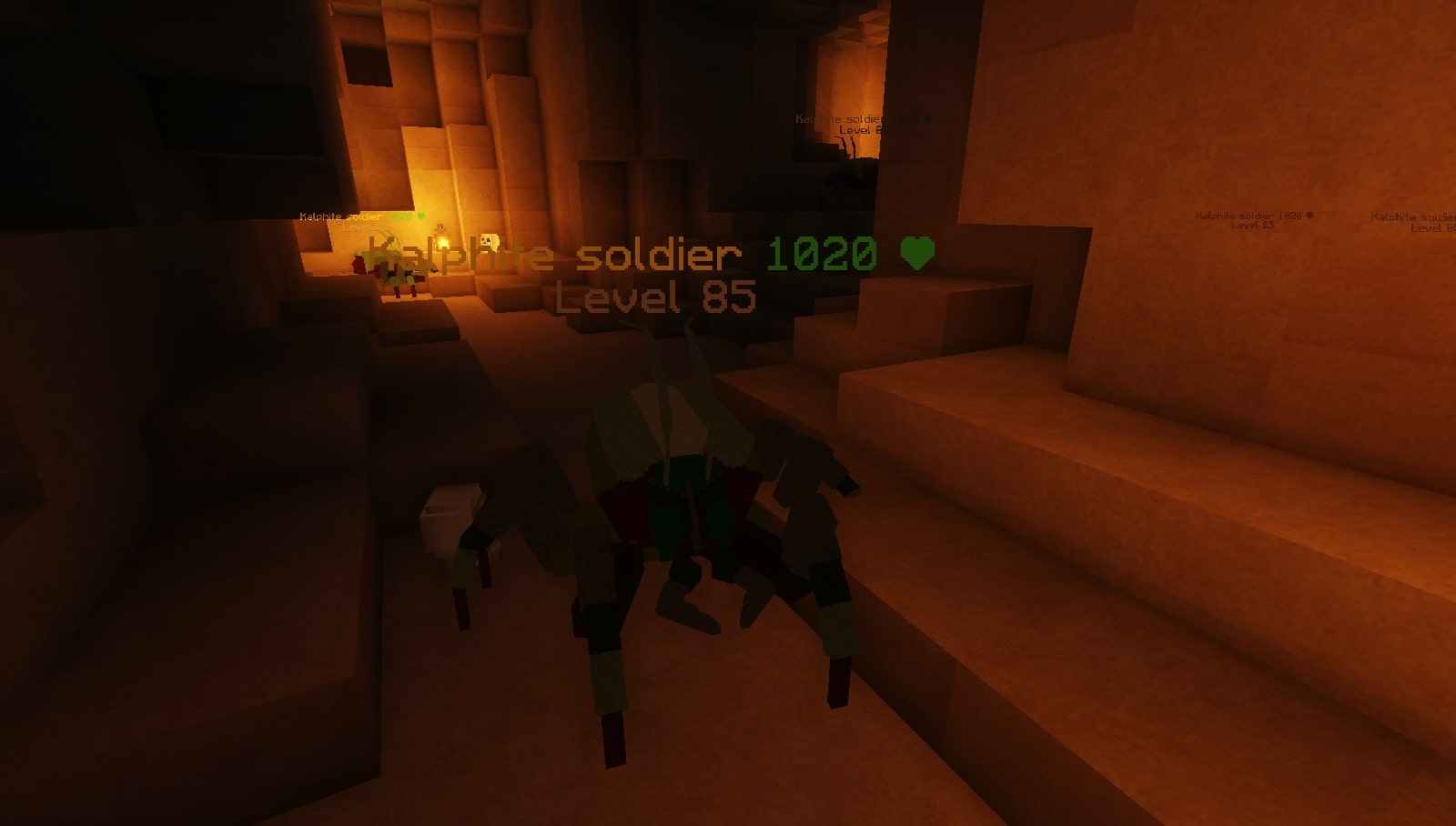 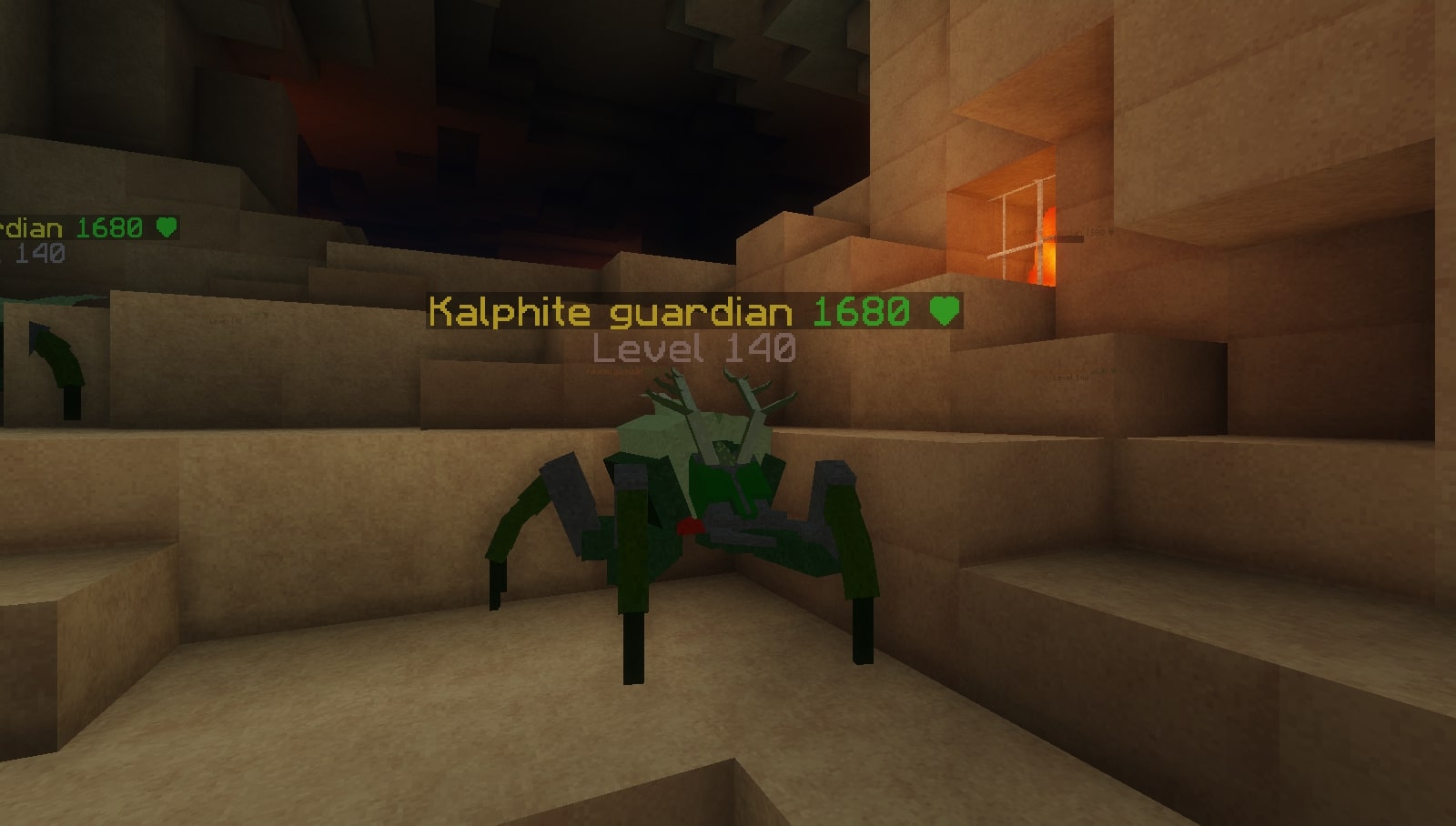 The Kalphite cave also contains an agility shortcut that will lead you directly to the Kalphite Lair. 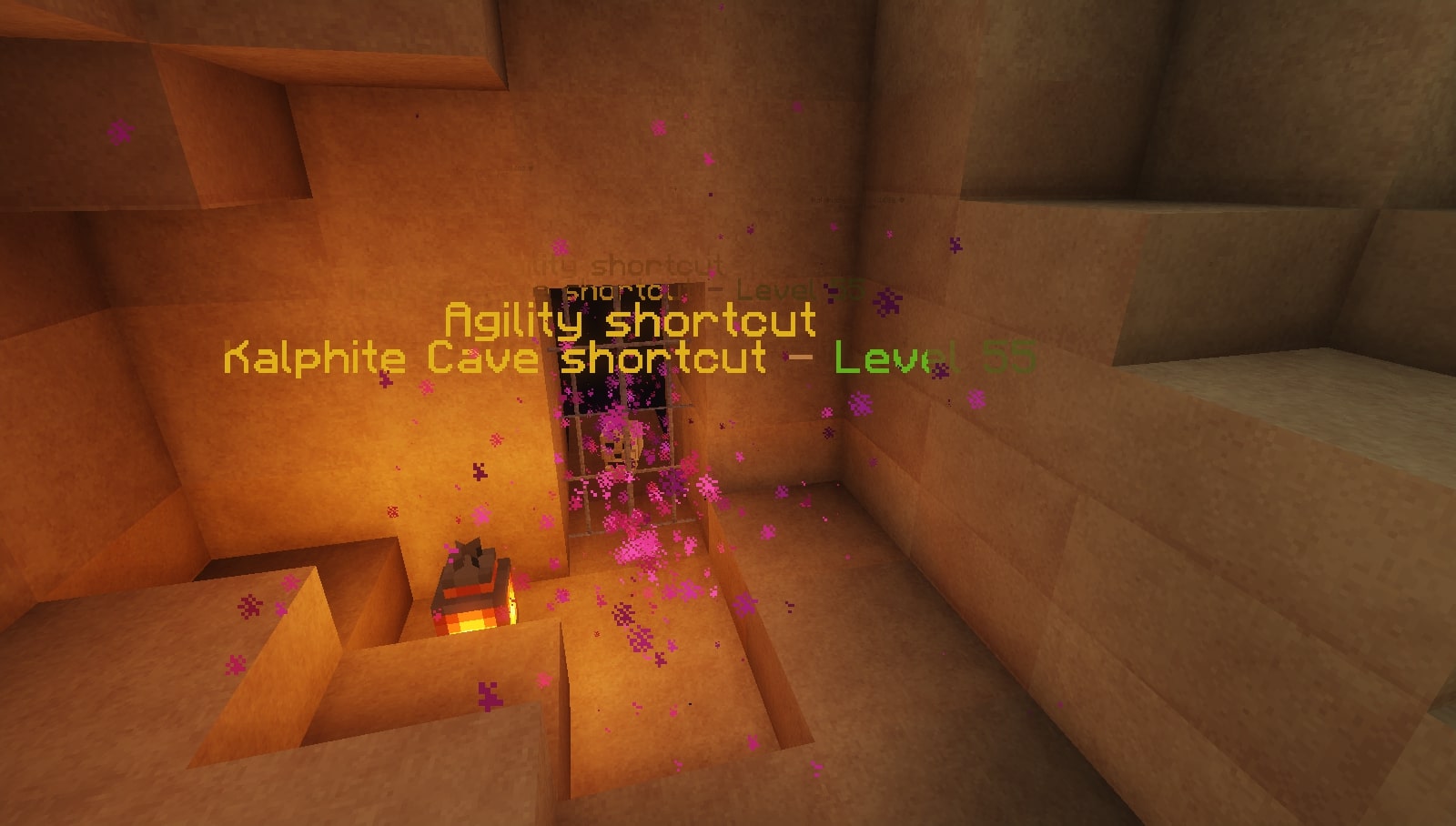 Kalphite Queen and the Kalphite Whip

This boss has two different phases. It starts as a ground insect imuned to magic and ranged, and in the second phase, it transforms into a flying insect immune to melee. 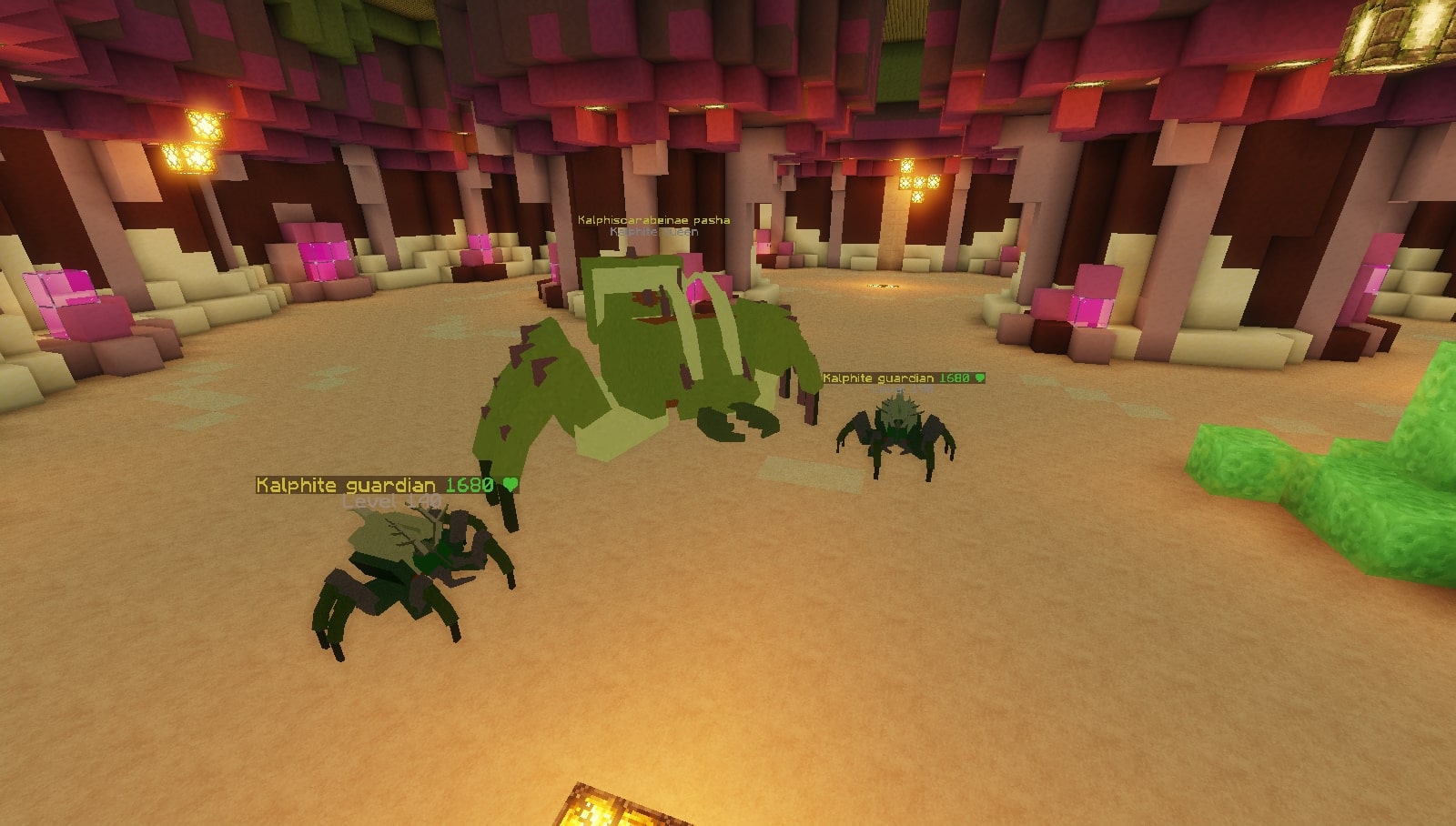 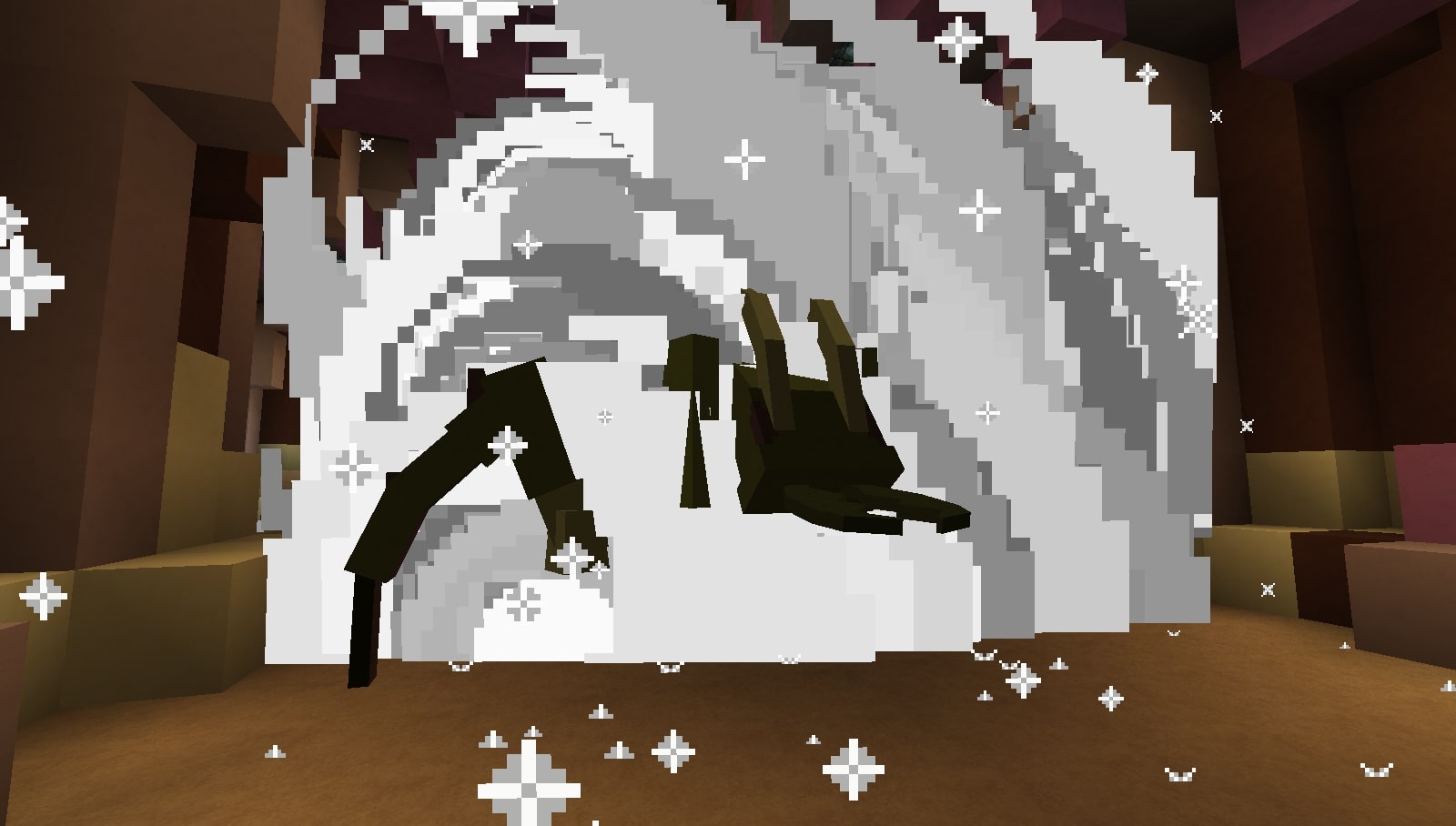 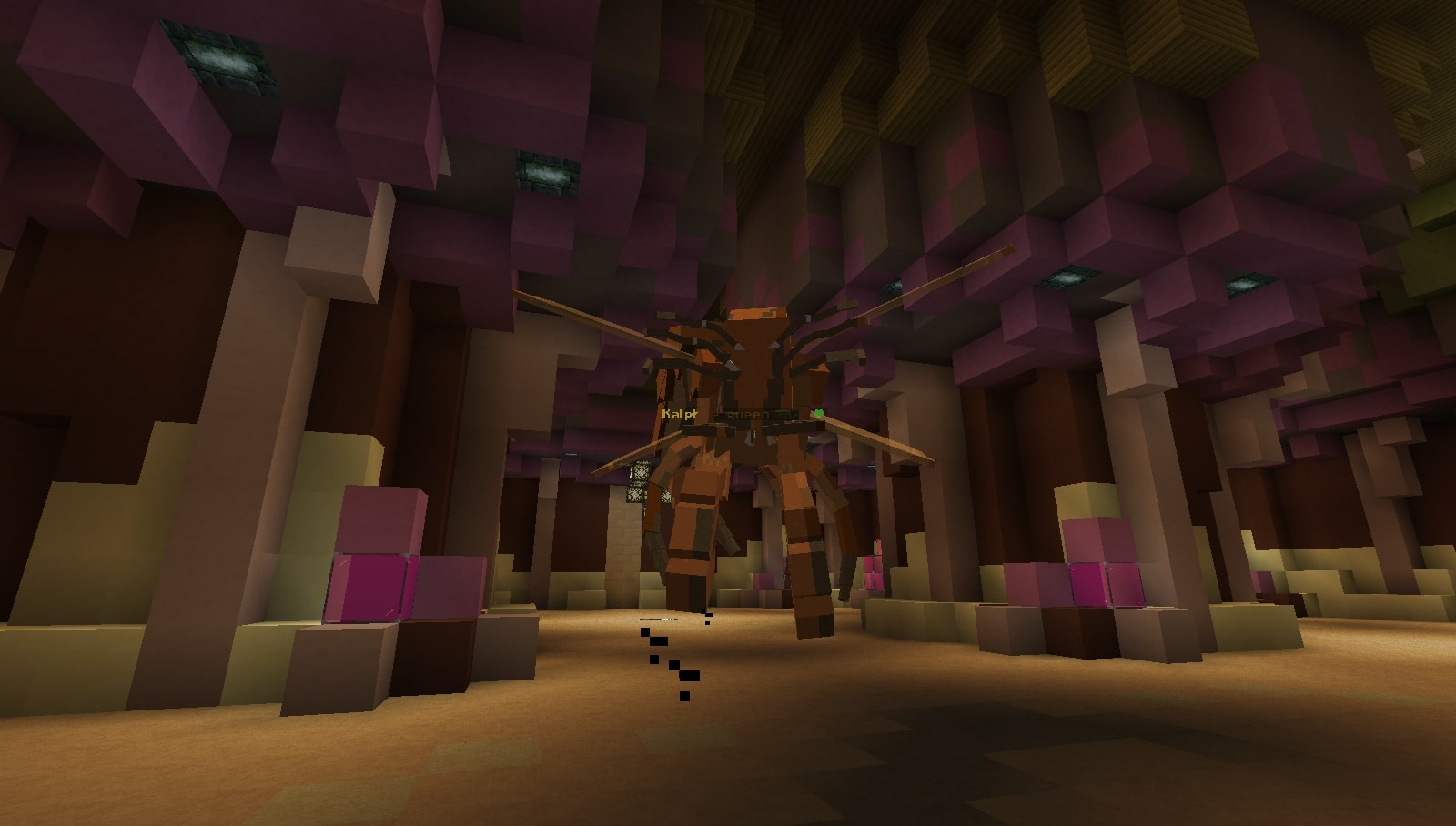 The lair can be accessed with a Kalphite Key, unlocked at level 55 exploration.
The Kalphite Queen drops it's remains which can be combined with an abyssal whip to create the Kalphite Whip. 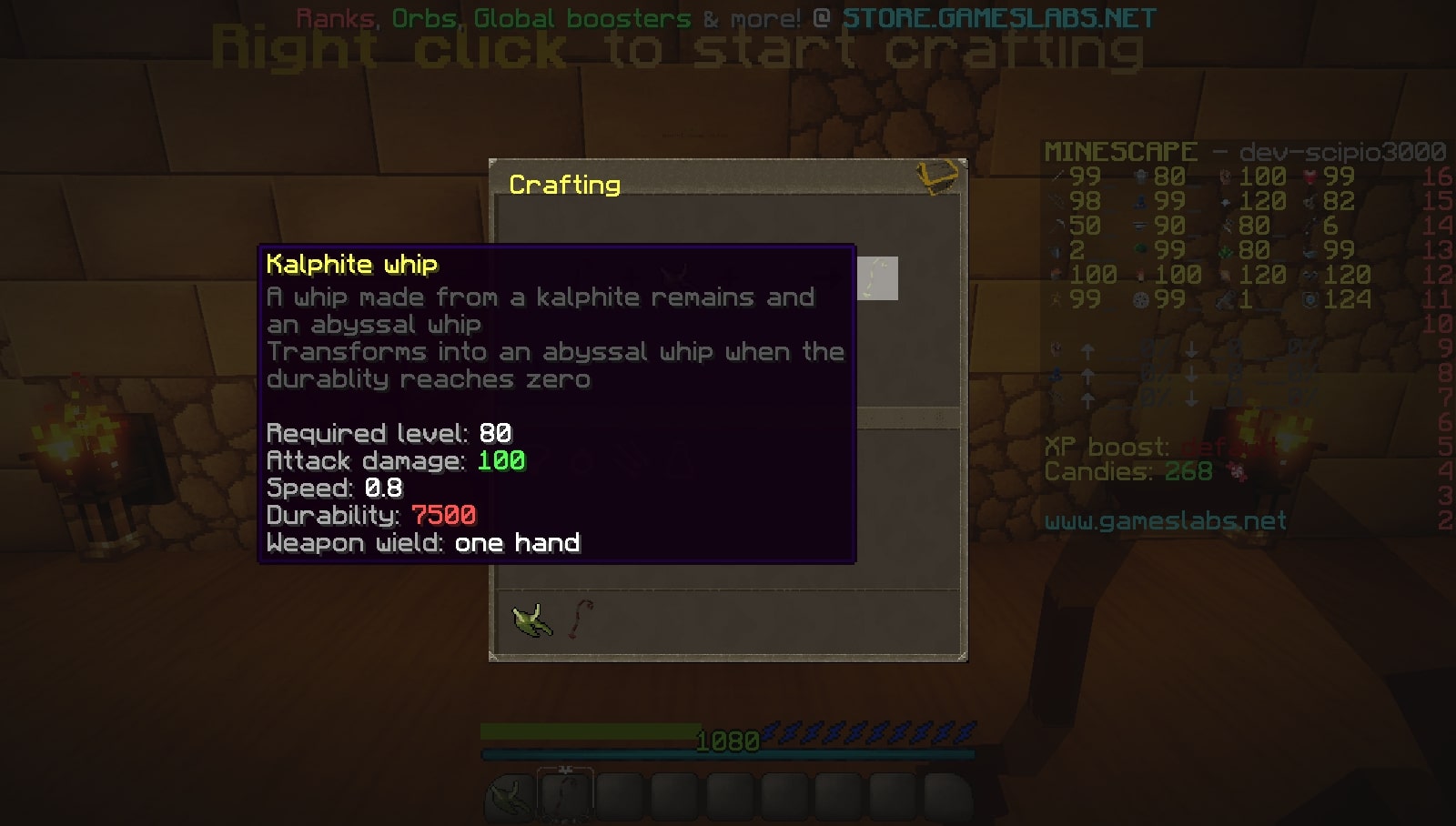 The kalphite whip can be crafted at level 80 and does 100 damage per hit.
It comes with 7500 charges and will transform back into an abyssal whip at 0 charges.

Since the release of the Giant Mole, souls have been dropped by our various bosses.
You may now exchange them for rare boss drops.
The soul shop can be located at the Draynor manor and accepts noted souls. 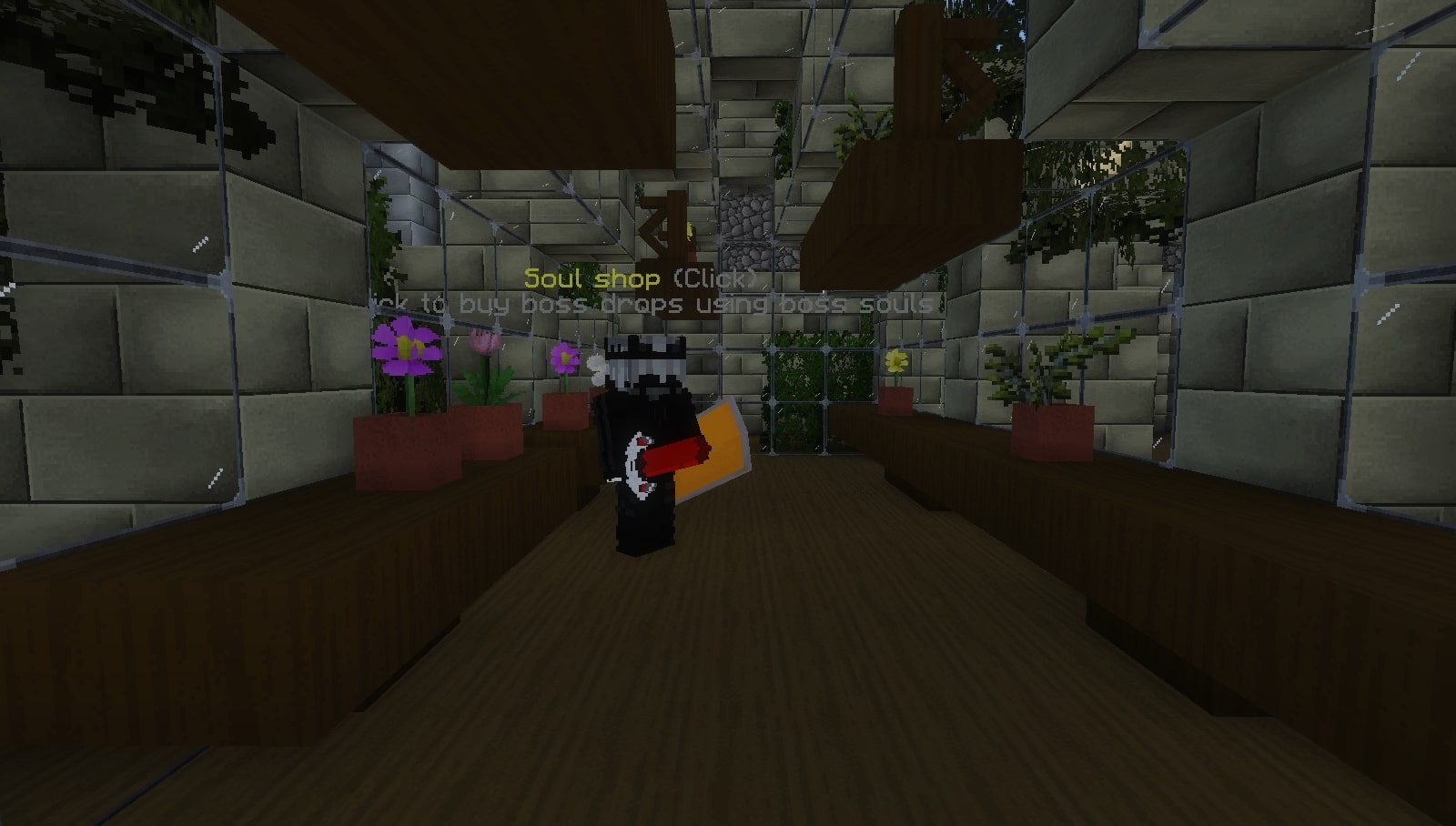 This will guarentee rare drops from bosses even if you're very unlucky:

This updates brings quite a bit of content tweaks and Quality Of Life changes:

This update comes with quite a bit of bug fixes:

This is the end of our patch-notes.
Special thanks to our developers and the testing team for their immense work with this update.
Special thanks to Boobtit for her amazing work on the Kalphites and other models as well as the build team for the new regions!
Thanks for your support and may these incoming updates bring more lights to the GamesLabs network!mod 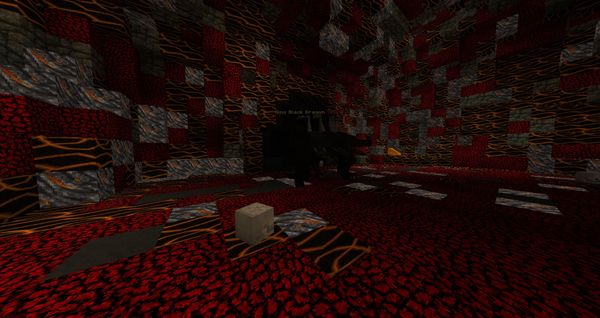 Welcome everyone to this new update. It's been about 10 days since our last update. We are still figuring out the best way to handle our constant flow of updates. This update includes quite a bit of new content and brings more light to our new questing and instance systems. Minescape As many of you guys know, we have been focusing on Minescape, one of the core games of the GamesLabs network. We released the first version of Minescape back